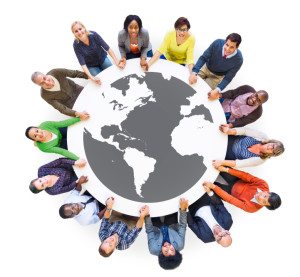 PR-Zone is a full-service agency offering strategic public relations, communications and marketing strategies to heighten the awareness and drive success for our clients. Specializing in corporate branding, business development strategies, media relations, editorial placements, social media integration, content generation, executive positioning and graphic design, PR-Zone is staffed by a consortium of professionals who are experts in a wide variety of fields.

As a leading, national public relations agency specializing in the technology sector, PR-Zone has worked closely with companies such as Home Advisor, Cirrus Logic and Covad Communications, to name a few, in developing both consumer and business growth strategies. PR-Zone’s work in the emerging smart home and mobile technology space has brought unprecedented publicity to a cliental ranging from fast-growing start-ups to well-established companies — both domestically and abroad. Clients of PR-Zone have been prominently featured in leading national publications such as the Wall Street Journal, USA Today, Forbes, Inc., CNN, CNBC and the New York Times, to name a few.

A recent expansion has equipped PR-Zone to work effectively with organizations in the financial, education, sports, and lifestyle industries. 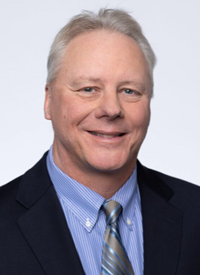 Jim Young joined the PR-Zone team in August of 2017 as partner and senior strategist. He takes an active role in all facets of the agency with emphasis on business development, editorial content and media relations.

A well-respected industry executive with more than 25 years of experience in the public relations field, Jim has successfully led communication departments at three world class universities, including Santa Clara, Stanford and the University of San Francisco. He also served as the director of public relations of the Oakland Athletics for eight seasons from 2000-07.

Jim has produced more than 20 award-winning publications during his career and has received numerous national awards for writing excellence. He heads up PR-Zone’s editorial team and serves as a regular blogger and contributes bylined articles to leading publications on behalf of CEOs and leading executives.

A graduate of the University of San Francisco, Jim enjoys spending his free time with his wife and two dogs. He is a passionate golfer and enjoys all sports, reading biographies, cooking meals for family and friends, discovering new restaurants, swimming, running and a well-turned double play. He aspires to someday break par and grow the perfect tomato. 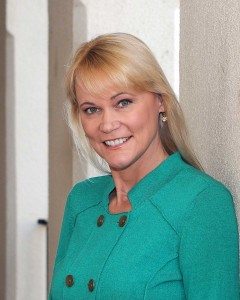 Prior to launching her PR contracting business in 2002, Jody served as account director at Alexander Communications (acquired by Ogilvy), where she managed the agency’s highly-acclaimed eCommerce communications group. There she led innovated public relations programs for leading companies such as Hewlett-Packard, Novell, InterTrust, NetGravity (now DoubleClick), Calico Software and NetBot, to name a few. She also directed world-class events, including HP’s digital internet imaging event held in New York City, which was covered by hundreds of industry influencers, journalists, analysts and customers; and a dedication of Novell’s technology laboratory in Washington D.C. which was attended by influencers including those from the highest offices of the federal government–PR events putting the products on the public radar for years to come.

Jody’s career began at the convergence of entertainment and technology when following an internship at RCA Records (now Sony) she was recruited by the technology industry to promote and popularize Apple, Nintendo and Sega video and computer games based upon popular movie and entertainment themes such as the movie “Days of Thunder” and many others. She worked in this sector for the first segment of her career promoting such brands as Absolute Entertainment and its Imagineering Labs (now Disney), Software Toolworks and Mindscape (Broderbund and then Mattel). An example of one of her award-winning video game PR campaigns to gained national notoriety was the rollout of a space exploration Nintendo game in conjunction with the company’s “Win A Trip to Space Camp” and NASA’s Space Camp for Kids programs.

Later, it was during her tenure as vice president of corporate communications for publicly-held SoftNet (now Softbank) Broadband Systems, Inc. and its subsidiaries ISP Channel, Arezone and LaptopLane, in which she led a strategic publicity campaign that successfully positioned the company to achieve market cap in excess of a billion dollars and secure partnerships with PCCW, Cisco, Noika, CMGI along with several national cable outlets.

Jody has served as a member of the Public Relations Society of America (PRSA) and the National Investor Relations Institute (NIRI), and is currently involved in numerous non-profit humanitarian organizations throughout the world.

She earned her bachelor’s degree in communication with an emphasis in public relations from Cal State-Northridge, where she also simultaneously studied classical vocal music. She is currently pursuing a master’s degree in strategic public communication at the University of San Francisco.